Quite literally getting up with the birds, we had our last breakfast at Canopy Lodge and spent our last remaining early morning watching the feeders and enjoying the sunrising over the mountains. 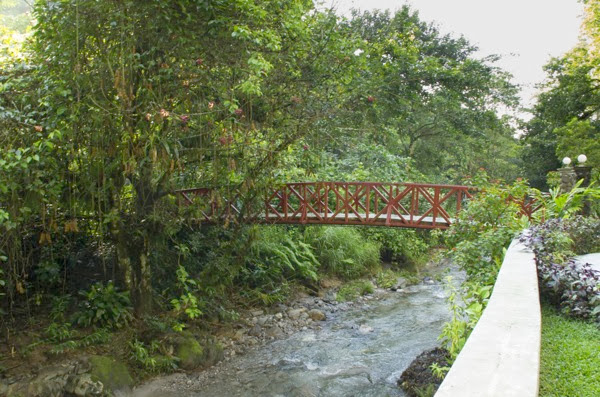 Light coming through the valley 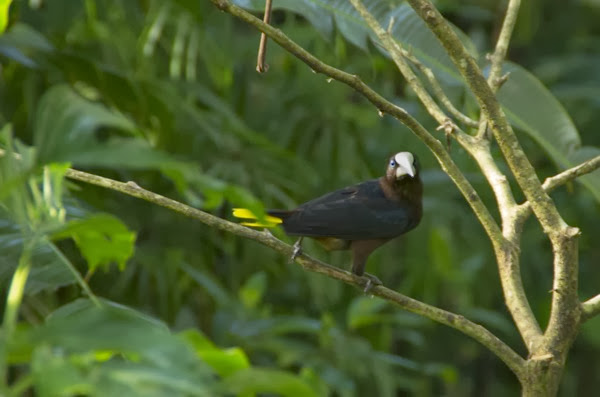 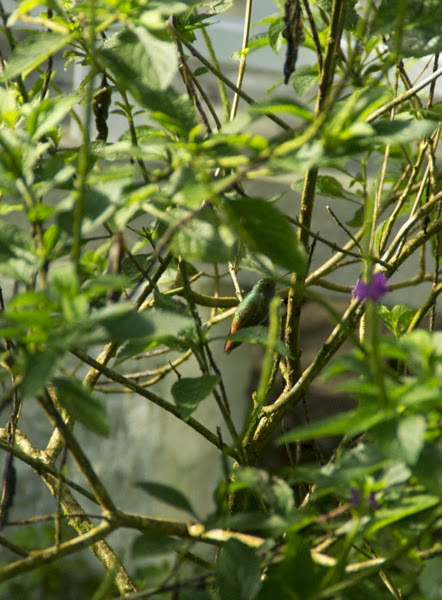 A rufus tailed hummingbird - we watched this guy bounce around in the bush (related to a lantana) for probably a good twenty minutes. Love hummingbirds, even if getting photos of them is super tricksy.

An absolutely stunning location and one that although we knew there was plenty more adventure to come, we were a little reluctant to leave.

But, leave we eventually must and when Kevin from Barefoot Panama came down the path to meet us, we knew it was going to be interesting. An American who has made Panama his home, he had a lot of insight to share as we drove back down towards the coast and then across over to Soberenia National Park and Gamboa Lake.  He was also shared with us an enormous amount of knowledge about the area - so if my narrative sounds even remotely informed, it's all due to him!

Soberenia is a huge national park spanning almost the entirety of the old American controlled Canal Zone and in the middle is Gamboa Lake created as part of the canal. However, of course, it flooded much more than was needed and all the old mountain tops became islands, the most famous of which is Barro Colorado Island where the Smithsonian has one of their most important research sites. This was not our destination for today (next time), instead we were headed for another little island and a community of the Wounan tribe. They had originally come from the Darien region at the turn of the century when Gamboa Lake was first flooded for the better access that the new location would provide while still maintaining their traditions. 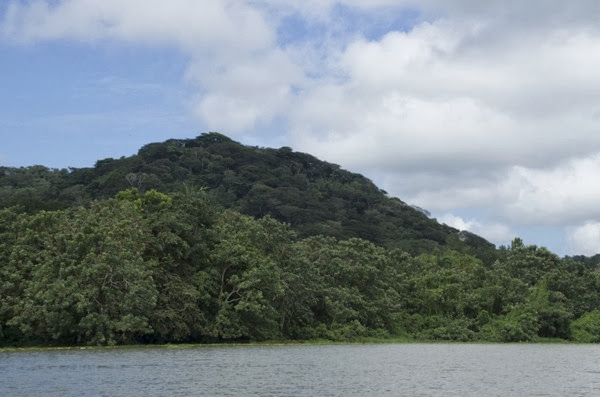 And it is a rather lovely location no? Plenty of wildlife around too. 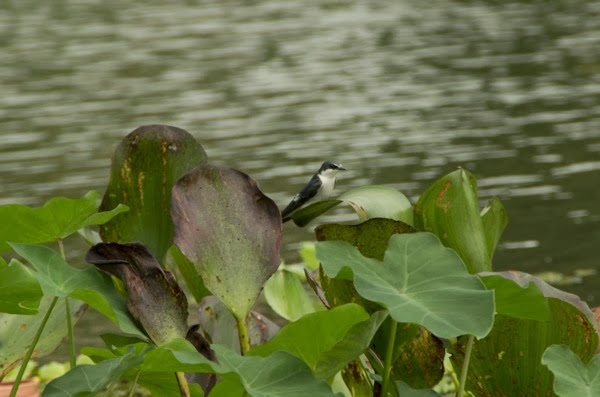 A flycatcher in some plants in the middle of the lake. 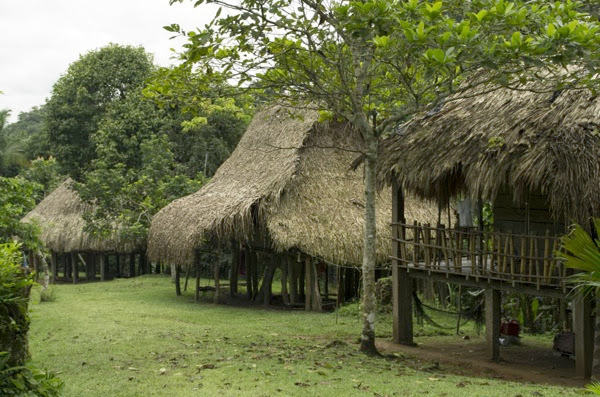 As this was a normal working village, most of the villagers were off at work and so there were only a few women and young children around to greet us. They seemed to know Kevin quite well and were full of smiles and kind words for him. Kevin gave us a summary of their history and way of life, and took us on a walk through the forest near the village showing us the various plants they put to use and what they were for (medicines or dyes or other handicrafts). In the process we saw a goodly amount of wildlife including some leaf frogs (! so hard to spot in the wild, each one is such a treasure), an enormous leaf cutter ant colony and of course plenty of birds. 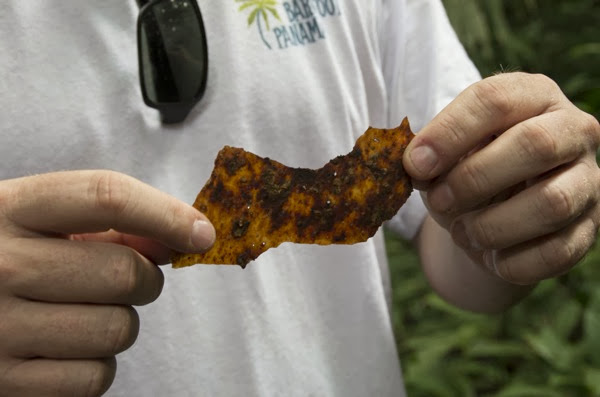 Kevin showing us the flaking bark of the "sunburned tourist tree" which some tribes use also for body paint and as a natural depilatory. 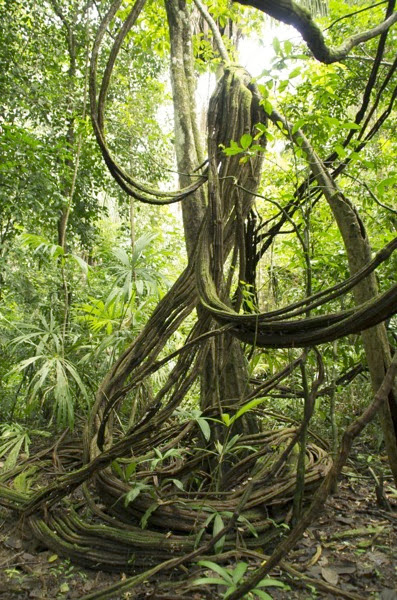 Monkey's staircase, no real use, but is a major element of many forests. 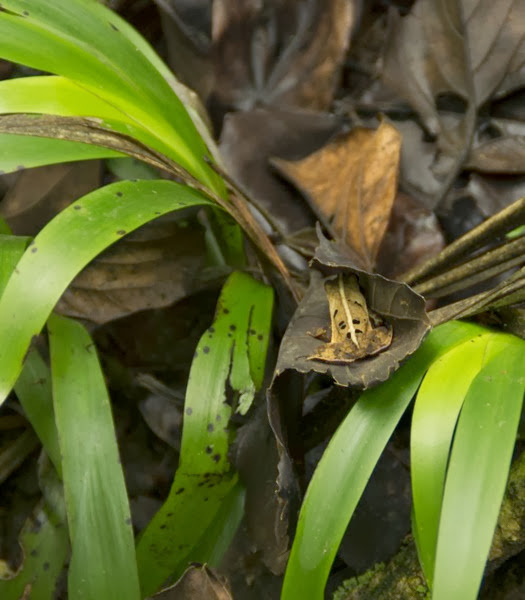 From there it was back to the village where we perused their handicrafts, Kevin explained that the men do the carving, either in rosewood (forbidden to cut down, but the indigenous tribes can use it if it falls naturally) or a type of nut (the name having escaped me) from the Darien. The women weave or do the beadwork. Kevin also explained that while they used to weave their own fabric from local palms, the availability of ready made cloth meant that this was only rarely practiced anymore. The baskets on the other hand, were very much still made locally and all dyes used were the natural ones we had seen on our walk. I purchased a lovely black/blue and white basked with a rolled rim and Stephen bought a rosewood carving of a turtle.

From there it was good-bye to the kind Wounan and then back across the lake, down the highway and over to Colon to our hotel. With many thanks, we parted ways with Kevin and then decided to have an easy afternoon catching up on things. Our hotel, while decidedly not fantastic, was clean and had a good view over the port. We had a full schedule for the next day, and so we felt fully justified in doing not a whole lot.

Bed early again, because at 07:30 sharp our next adventure would begin.